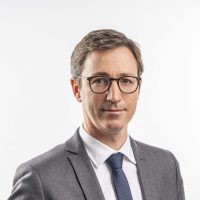 Thomas Maurisse joined Total in 2012 in the Refining & Chemicals Branch where he worked successively in Germany as Head of the economic division of the Leuna refinery, then in Belgium as General Manager of the Supply Sales and Optimization activities for the North and East Europe zone.

In 2017, he joined the Exploration & Production Branch as Strategy and Sales Director of Total EP Nigeria.