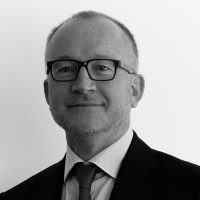 Pat is CEO of Gas Strategies, the London based global gas and LNG commercial consultancy. Founded by some of the lead protagonists of the early LNG industry in Asia Pacific. Gas Strategies has been recognised for more than 30 years as a leading commercial and market advisor on LNG project and value chain development to the oil and gas industry and to its financiers and on both the initiation and development of markets. In addition to being advisors to the development and financing of more than 80% of LNG liquefaction projects around the world in the past 20 years, the firm supports its clients extensively on LNG regasification and gas demand development and has been instrumental in the realisation of both land based and FSRU import projects. Gas Strategies brings particular combined LNG, gas and power capabilities to the development of LNG/Gas-to-Power projects.

Pat has spent 28 years consulting to the global energy industry. This has been in projects of both strategic and operational nature and with global power and gas players, both as a partner in a Big 4 consulting firm and as CEO of Gas Strategies for the past 12 years. He has been involved in the development of LNG export and import projects including LNG import projects for power applications. He advises governments, commercial players and regulators and has acted for the European Commission as Monitoring Trustee on major power and gas mergers since 1999. Pat is a Chartered Accountant and holds an MBA.