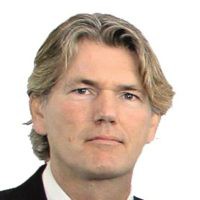 Before he joined Gasunie, Marcel worked at Essent in power and natural gas sales and trading. Since 2003 Marcel has been working for Gasunie in Business Development. He has been commercially involved in the startup of BBL Company which operates the pipeline connection between UK and The Netherlands.

He worked on the establishment of Gate, the joined venture between Gasunie and Vopak, as from early 2005. For Gate he negotiated the commercial terms with the customers of the terminal. Subsequently Marcel had a commercial responsibility in the commissioning of Gate. For this commissioning deal Bank of America Merrill Lynch was awarded “Energy Risk Deals of the year 2012”.  Since 2012 Marcel has been involved in developing the commercial framework for small scale LNG services at Gate. This resulted in the final investment decision on July 1 2014 to build additional dedicated infrastructure for small LNG vessels at Gate. Currently Marcel is involved in the German LNG Terminal, the joint venture which is developing the first LNG terminal near Hamburg in Germany.