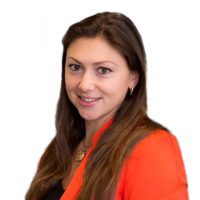 Elena Sidorochkina, Head of LNG at OMV Gas Marketing & Trading, has 16 years of experience in the gas industry, with a particular focus on LNG since 2005. After graduating from the Russian State University of Oil and Gas in Moscow, Elena joined Gazprom Export Ltd., the export arm of Gazprom Group. In her initial role, she was involved in the development and implementation of the first ever contracts for pipeline gas supply from Russia to first liberalised markets in North West Europe. Following a two-year stint in the pipeline gas business, Elena spent a year on the LNG desk of Total Gas & Power in London, after which she returned to the Gazprom group to become one of the pioneer members of the company’s dedicated LNG team in GM&T. Elena was running a global team, represented in London and Singapore, with responsibility for developing Gazprom’s LNG portfolio based on strategic sources of the group (Russian projects) and third-party supply. The team was also dedicated to sales of LNG on a term basis to traditional buyers and emerging LNG markets. Elena joined OMV in August 2018 to head the team in charge of LNG trading and origination, monetising LNG related assets and developing LNG portfolio.