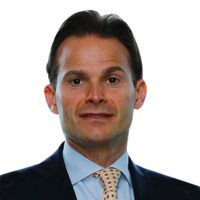 After graduating in Mechanical Engineering in 1999 from the Politecnico di Milano, he fulfilled his military service as an Officer in the Italian Army.

In 2000 he was awarded with a scholarship as a Ph.D. candidate at the Department of Energy of the Politecnico di Milano, where he was involved in research projects and teaching activities.
In 2001 he joined McKinsey.

He obtained a Master in Business Administration from Columbia University, New York, in 2005.
After a short experience in Citgroup in New York, he continued his career in McKinsey, mostly dealing with projects in the Oil & Gas and Banking & Insurance sectors.

In 2007 he joined Eni in the Office of the CEO supporting the Top Management for corporate strategy and group-level projects.

In November 2016 he became Executive Vice President for Portfolio Strategy and Long Term Gas Negotiations in the newly established Midstream business of Eni with the responsibility to oversee the gas supply portfolio management and the relationships with long term gas suppliers.

In February 2018 he was appointed Executive Vice President Business Unit Gas. In this role he managed the entire midstream wholesale gas value chain, including supply and trading activities. In parallel he was also appointed EVP Trading & Origination in Eni Trading & Shipping S.p.A. (the fully owned subsidiary of Eni S.p.A. in charge of all the trading operations within the group).