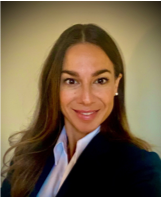 Melissa Verykios MSc. Joined Helbio in 2017, working on Business Development, Financing and Internal Operations. She received her Bachelor’s Degree in Business in Athens in 2005, and her Master’s degree in Finance in 2007 at the Barcelona Graduate School of Economics in Spain, and relocated to New York where she worked as an account Manager at Options Group between 2008-2013. Between 2014-2017 she was a Business Relationship manager at the Private Bank of HSBC in London’s St. James, as well as a Virtual Manager at the New York based startup “Get Leverage” between 2016-2018. She  holds the position of  President Public Advocacy and Director of Sales Greece and South-East Europe.